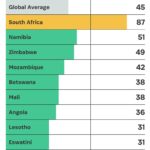 Where are we with this fiscal transparency story?

“Yes – but what is the point of high levels of transparency if we aren’t seeing change where it matters most and if we still cannot follow the money all the way?”

Versions of this question have arisen in relation to  South Africa’s high levels of fiscal transparency on the one hand, and dismal public participation and (arguably) even worse governance of public resources on the other. I have many ideas of what an informed reply to this question might be. For now, though, we’ll concern ourselves with an important pilot by the International Budget Partnership (IBP) on sectoral fiscal transparency. This, as it turns out, might just serve as a meaningful step towards identifying ways to address the limitations of fiscal transparency raised by social justice and budget advocacy groups.

For decades, the Public Service Accountability Monitor (PSAM) has prioritised fiscal transparency advocacy as a means of furthering the goals of accountable, equitable management of public resources. The Open Budget Survey (OBS) has played a vital role as a reputable, rigorous assessment tool to support calls for systemic increases in budget openness around the world. A biennial survey, the OBS is the world’s sole independent measure of fiscal openness. It assesses 117 countries on the transparency of their budgets, measuring the expanse and timeliness of budget information that they make public. It also examines the practices of the governments’ legislative and executive arms as well as of supreme audit institutions (this is the Auditor-General in South Africa’s case). Countries are scored between 0 and 100 and ranked on the Open Budget Index (OBI). South Africa’s 2019 score was 87.

Recently – the PSAM was amongst 28 civil society organisations (CSOs) that collaborated with the IBP to develop a pilot assessment of budget transparency in the health and education sectors, as part of the 2019 OBS. The PSAM explicitly focussed on the health sector in South Africa. On 29 September, the IBP and UNICEF hosted a  webinar on sector budget transparency to reflect on some of the findings of the pilot. We joined experts from civil society and the public service from Argentina and Benin to share reflections on the importance of fiscal transparency at the sectoral level. The full details of the sector budget investigation are available via the IBP website here.

The COVID-19 pandemic – with all its devastating impacts – has also created opportunities to assess transparency in sector budgets. Alongside its global counterparts, the South African government has prioritised significant resources to provide social and economic relief against the pandemic. In April 2020, President Cyril Ramaphosa announced a R 500 billion fiscal support package to redirect resources to fund the health response, provide direct support to households and individuals through increases in social grants and supporting workers’ wages. The fiscal relief package is funded through the reprioritisation of the 2020/21 budget and through loans from funders, including the African Development Bank, the New Development Bank and the International Monetary Fund.

Given the likelihood that the pandemic may deepen poverty and inequality in South Africa, the transparency of budgetary and fiscal measures is fundamental. This is an important enabler for legislatures, Chapter 9 institutions, CSOs and the public to monitor how budget decisions are made, and how public resources are  ultimately spent.

Why do you see budget transparency and disaggregation of budget data for health as important in the current context?

In South Africa, the health system continues to reflect high levels of inequality; with the least advantaged heavily dependent on the heavily strained public sector and the wealthy accessing private health services (Gordon et al. 2020). The ability to assess whether the system is meeting the country’s needs to reverse historical injustices and set us on a path to meet the Sustainable Development Goals (SDGs) is partly influenced by our ability to effectively track how and where resources are actually spent. Fiscal transparency in the health sector is, therefore, essential.

Mapping the distribution of health resources

Inequality in health is largely correlated with geography, gender and race. So transparency in the distribution of financial resources at the district and/or facility level is important. The geospatial differences are critical. This is one of the reasons why we’ve supported the development of geospatial infrastructure data to complement the publication of open budget data via Vulekamali. This relates to data on approximately 17 000 public infrastructure projects (schools, hospitals, boreholes, libraries etc). This is in addition to the publication of budgeted and actual expenditure data by province, department or programme dating back to 2016/17. For budget analysts, data scientists and developers; the data on the portal are also available in the datastore and application programming interface (API).

Importance of transparency in health procurement

In  2019, the National Health Insurance Bill was released. Public procurement in South Africa carries constitutional obligations and is recognised as a means of addressing apartheid era discriminatory policies and practices. Procurement constitutes a significant area of service delivery – with health procurement being especially vulnerable to maladministration and corruption. Transparency International estimates that governments in low to middle-income countries like South Africa spend approximately 50% of public funds on procuring goods and services. This procurement space, therefore, constitutes the single largest product market in many developing countries.

With this in mind, we submitted input on the NHI to the Department of Health outlining the weak levels of contracting and procurement transparency called for in the draft Bill – in an already opaque procurement system. Provisions for a centralised procurement system (which the Bill calls for) are important but without specific conditions being met  such as transparency in areas such as pricing – we cautioned that the real public benefits would not be reaped. Ensuring that deeper budget and procurement transparency are introduced into the Bill is a non-negotiable if the NHI is to meet its core obligations – to eradicate devastating inequalities in the health system. Our full submission is available here.

Effective oversight and monitoring of the health sector have also concerned the PSAM and over the years we’ve  highlighted why deeper transparency and availability of granular budget data at programme and sub-programme level are needed as a means to enable real tracking. How can we assess if health budgets are actually meeting the needs of women, children, people in rural areas, for instance? Transparency can empower key actors such as parliamentarians, journalists and citizens to better track these obligations.

On 24 June, the Minister of Finance, Tito Mboweni, announced institutional intentions to introduce zero-based budgeting (ZBB) in order to increase spending efficiency and improve spending composition. While there are clear potential merits to this approach – without sector transparency relating to performance and outcomes of budget execution at all levels – there are inherent risks of reductions to health, education and other budgets with limited public accountability and engagement. Noteworthy is a July 2020 Parliamentary Budget Office report in which the requirements of ZBB of specialised budget personnel training are underscored alongside existing capacity constraints of many departments. It is not inconceivable that the time and capacity demands of ZBB may cause regressions in levels of proactive disclosure of budget data. There will simply not be enough time or people to meet new demands. In essence, South Africa cannot begin to meaningfully talk about truly ‘building back better’ in the context of the health sector if these aspects of disaggregation and transparency are not addressed.

What activities have you undertaken to make budget information for the health sector more transparent and available?

With the emergence of COVID-19 – we’ve  diverted more attention towards our transparency advocacy with an emphasis on health budgets and personal protective equipment (PPE)procurement. In partnership with OpenUp, we’ve developed a COVID-19 contract data tracker with a focus on provincial departments called ‘Keep the Receipts’. The tool is inspired by the IMF’s call for governments to do all they can to respond to COVID-19 while ‘keeping the receipts’.

Over the course of COVID-19 lock-down – we’ve engaged various duty bearers  in the health sector directly with requests for the public dissemination of information including resourcing information for provincial COVID-19. We’ve also contributed to budget analysis to support community health workers’ efforts to have their state benefits increased. In this instance – lack of disaggregated  compensation of employee budget data at grant level proved to be a barrier. In some instances – provincial departments do not proactively publish key data such as in-year expenditure reports which hinder effective monitoring and oversight. We’ve sought to engage provincial legislature  and health portfolio committees to fulfil their obligations by ensuring that the health officials and/or provincial treasuries remedy this: see 2020 and 2019 Health Budget Analyses, for instance.

In South Africa, provincial health and education infrastructure are both highly topical issues. An example is Cecilia Makiwane – a health facility in the Eastern Cape – which was allocated approximately R1 billion (US$ 61.6 million) for infrastructure upgrades due to be completed in the 2016/17 financial year. By 2020, our research indicated that the project had overshot its (construction) completion timeframes. However, linking overall service delivery linked to its mental health unit to budget planning and execution was a major challenge – eliciting the involvement of journalists. We’ve therefore continued to invest time and energy in the development of Vulekamali which – in addition to increasing meaningful fiscal transparency – is also intended to increase the transparency of South Africa’s sectoral budget expenditure and performance data. We’re also working to support the achievement of ‘transformative’ fiscal transparency with a focus on gender-budgeting in  South Africa’s next Open Government Partnership (OGP)  National Action Plan. In both these instances – partnership with the National Treasury and related government departments has been central.

What challenges have you encountered / what lessons have you learned?

Firstly, the kind of institutional changes that open budget  initiatives bring about often require a range of complementary changes or interventions. Not least of these is the need for bureaucratic readiness to actually engage with them. Secondly, champions are vital but sometimes the comfort zones they offer may be unwitting barriers to engaging with ‘outsiders’  or ‘naysayers’ whose reluctance may offer unexpected new entry  points.

Lastly – Perhaps one of the most important lessons that our work has exposed is that budget advocacy is most effective when multiple actors – both inside and outside of the state – are able to work collaboratively on specific problems identified jointly.

Trust is central to much – if not all – of this kind of co-creation and so working to foster trust is key. Where forms of collaboration are not possible, then reverting to some of the vertical forms of accountability and the binary/two-dimensional demand-supply approaches may be necessary. We have also found that drawing from our learning networks such as that offered by IBP and the Global initiative on Fiscal Transparency (GIFT) have been valuable in navigating some of the more technical and new complexities of opening up budgets.