You are here: Home / News / Makhanda crisis: Inclusive, transparent and participatory governance processes could be the city’s last chance 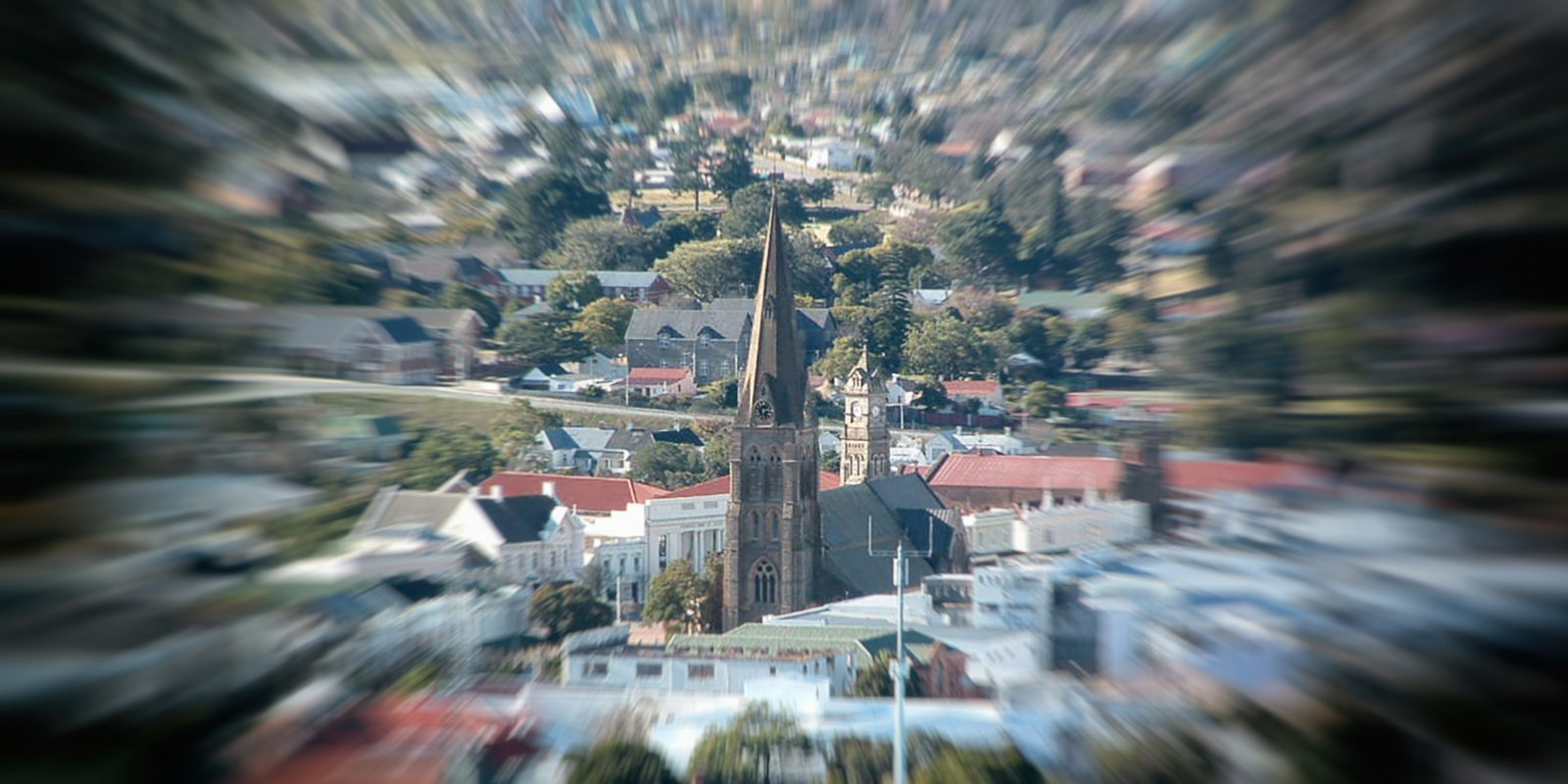 The city of Makhanda in the Eastern Cape. (Photo: Wikipedia)

The city of Makhanda, long beleaguered by failed service delivery, wants to tackle its ‘wicked’ governance failures and inequalities with Open Government Partnership mechanisms to turn its residents into active co-creators of governance priorities.

Municipalities in South Africa have long been plagued by inaccessible, unsustainable governance patterns and ever-increasing levels of citizen dissatisfaction. The city of Makhanda, in Makana Municipality, has been the subject of multiple service delivery protests, with the most recent leading to the shutdown of economic activity by residents and taxi drivers over several days.

In many ways, the challenges faced by Makhanda are not unique, and yet the experience of them is. In just under two decades, Makhanda has gone from being heralded for its excellent service delivery record to facing service delivery protests unlike any seen in the city since the first democratic elections in 1994.

Vastly differing experiences of living in Makhanda are visibly reflected in the city’s geospatial layout. Discrepancies in access to reliable water services, refuse collection and other basic services have until recently been one of the many features of the city’s social and economic fissures. Today the deterioration of public infrastructure and services is a city-wide feature. One such area of deterioration is in the delivery of household water services, which has been characterised as a complex (“wicked”) problem by some local researchers.

The journey to this point has been long, and for residents agonisingly frustrating. Many local organisations, concerned citizens and even external parties have tried for years to offer their support, guidance and intervention, to no avail. Over the years some role players have resorted to more aggressive intervention tactics, citing fears that the municipality would soon reach an irreparable state. Still, despite a 2020 court judgment directing the dissolution of the municipal council, these efforts have borne no substantive fruit.

This is the definition of a wicked problem, one which has resulted in the further disillusionment of many who care about Makhanda. As it stands, current interventions may very well represent the last vestiges of energy to constructively address the municipality’s challenges. Two clear messages are emerging from the various interventions: governance must be transparent, and it must be responsive to those affected by policy and service delivery decisions — the residents.

Chapter 7 of the Constitution mandates all municipalities to operate in a democratic and accountable manner. Sections 73(1) (a) and (c) of the Municipal Systems Act further compel municipalities to prioritise residents’ basic needs by ensuring access to at least the minimum levels of basic municipal services.

South Africans’ trust in government as a whole has been severely eroded. Weakened trust as a result of ineffective service delivery, lack of transparency, opaque decision-making and limited public participation opportunities all contribute to a toxic mix for the governance of a city such as Makhanda.

It is with these challenges in mind that the Makhanda Circle of Unity (MCU) in partnership with the Makana Municipality joined the Open Government Partnership (OGP) movement in 2020. While South Africa on a national level has been a member of the OGP movement since 2011, Makana is the first local municipality in the country to apply and be accepted to form part of this citizen-centred approach to governance.

The MCU was formed in late 2019 after a series of multistakeholder consultations to develop a sustainable mechanism for civil society organisations and concerned institutions to collaborate in tackling challenges in the city.

The MCU does not aim to replicate or replace existing structures and energies dedicated to the same issues. It seeks to foster collaboration across institutions and organisations committed to the goal of reviving Makhanda. The MCU is an inclusive structure neither informed nor swayed by party politics in the city and the region.

That Makana is the first municipality in the country to form part of the OGP movement is both poignant and, despite the circumstances, hopeful. This is because the core driving values of the OGP are demonstrative of the gaps in governance faced in Makana Municipality, and undoubtedly in a number of other municipalities in the country. OGP values are as follows:

At the core of the OGP process are participatory processes where government and civil society members co-create an action plan. Action plans are effectively built from a series of consultations with relevant stakeholders to identify gaps in governance practices that are contextually and environmentally relevant, and develop a set of firm steps (referred to as commitments) that are agreed to and implemented by the government actors.

The OGP presents an opportunity to create a culture of co-creation for the long-embattled municipality, by providing better access to the municipal institution itself. Ultimately, increased accessibility to the tools of governance provides an opportunity to redefine how citizens relate to governance structures. It creates avenues of engendering citizen-centred and informed decision-making processes that will undoubtedly ensure a stronger approach to local governance.

So how can cocreation that centres on civic participation contribute to enhancing service delivery and public resource governance in Makhanda?

Encouraging lessons from Ghana (Sekondi-Takoradi), for instance, indicate that citizen-informed action plans can result in meaningful improvements such as increased community policing, training and the installation of streetlights in response to concerns about public safety.

Through an OGP action plan in Makhanda, multiple stakeholders intend to explore opportunities to inform innovation to improve the delivery of water and sanitation, access to information and fiscal transparency. An additional objective is to develop a participatory governance process to support more inclusive, creative approaches to service delivery and meeting of human development goals.

As with any wicked governance problems, there is no silver bullet. However, open government interventions present a compelling opportunity to change citizen-state relations for the better. Inclusive, transparent and participatory governance processes have the potential to help Makhanda meet its developmental mandate as enshrined in the Constitution.

Makana has the opportunity to simultaneously facilitate substantial change in how it governs through empowering citizens to meaningfully participate in its processes through the OGP. By doing so it could become the benchmark for the first such process in the country that could inform and inspire other municipalities.

This is a crucial chance to take the first big step towards reviving the municipality. This could create a language of collaboration that will enable responsive leadership from elected officials by ensuring that citizens are not passive residents of their locales, but active co-creators of their governance priorities. DM/MC

For more information about the Makhanda OGP process, please see the process document developed for this purpose.