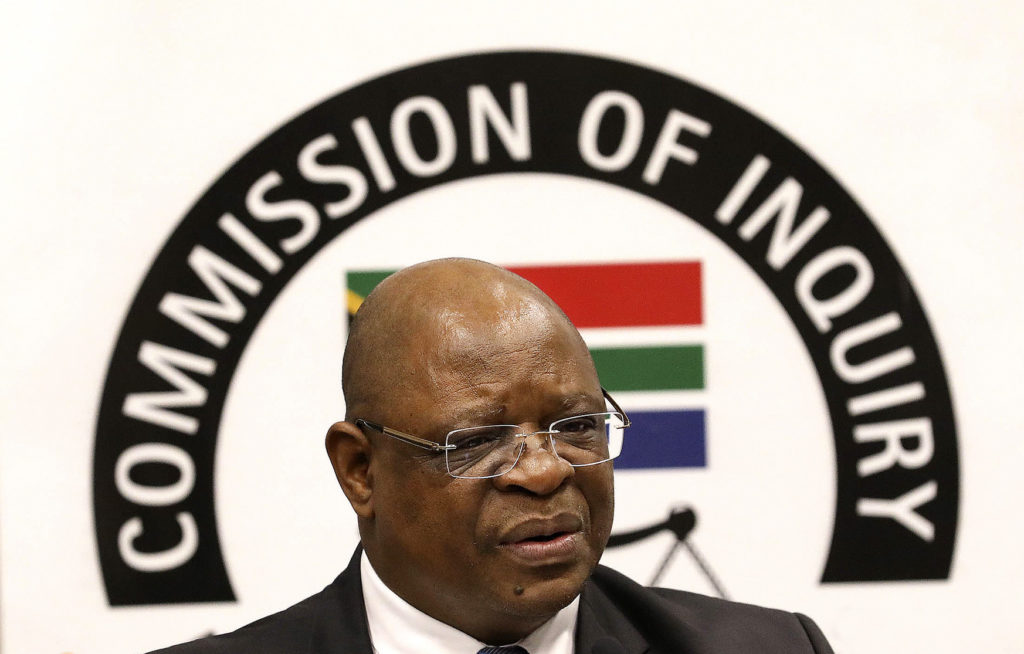 More than 20 civil society organisations have written an open letter to Deputy Chief Justice Raymond Zondo highlighting a list of witnesses they believe should be prioritised during the Commission of Inquiry into State Capture, saying that the commission should use its full power to compel them to appear before it. The group believes that the list of highlighted witnesses will be instrumental in strengthening the commission’s work.

At the beginning of 2020, the group had sent the Zondo Commission their own “Agenda for Action” which they felt would strengthen the work of the commission. While commending the commission’s firm stance on former President Jacob Zuma’s appearance before it, they said they were concerned that the commission would be handing over its recommendations in the next five months and wanted to know if unheard cases would be referred to other state anti-corruption agencies for further investigation.

The group reaffirmed that they supported the narrowed terms of reference which would allow the commission to conduct its work more efficiently. They highlighted that through the group’s working committee they had unearthed that the actors in State Capture went beyond just the Guptas, but also extended to banks, consulting firms, legal firms and audit firms.

Hennie van Vuuren, director of civil society organisation Open Secrets, said “If the public wants a tick list to monitor the Zondo Commission’s effectiveness in its last few months: this is it. We want to see the powerful hauled before the commission to answer for their alleged crimes against the people – there should be no exception for powerful corporations or politicians.

“Earlier this year civil society groups similarly submitted an Agenda for Action to the commission and we need to see meaningful engagement with the content of these submissions and documents. We will be monitoring the work of the commission closely in the weeks ahead. Ultimately we need it to do a thorough job and make the process of prosecutions easier.”

This is the full letter:

We write to you as concerned members of the Civil Society Working Group on State Capture, which represents more than 20 civil society organisations. In just five months, the Commission must submit its findings on the allegations of state capture brought before it. The public is looking to the Commission for powerful findings that fully expose all those responsible for and complicit in state capture, and that provide a path towards accountability and redress.

We commend the Commission for its stern stance against former President Zuma, whose testimony is vital to uncovering the truth about state capture. State capture cuts deep, millions of people in our country have been deeply affected by corruption and state capture. On 12 October 2019, the  Working Group hosted the People’s Hearing on State Capture and heard testimony from affected members of the public, community leaders and activists on how state capture has impacted their lives and their communities.

In 2019, the Commission made the decision to narrow its terms of reference to enable it to complete its mandate in a timeous and comprehensive manner. Civil Society supported the decision to focus on damning allegations in the Public Protector’s ‘State Capture’ report completed in 2016.

The terms of reference require the Commission to make findings on the conduct and role of former President Zuma during his tenure as President, numerous allegations against the Gupta family, and the role played by numerous private companies and individuals in relation to state capture at state-owned enterprises including Eskom, Prasa, Denel, Transnet, Bosasa, Free State (Estina Dairy farm & asbestos cases), and SAA.

Justice Zondo, we believe that it is crucial, now more than ever, for the Commission to compel key actors to appear before it and answer the important and pressing questions about their role in state capture and corruption. We applaud your commitment and determination to hear evidence from all material witnesses in the time remaining.

You confirmed during a media briefing on 4 June 2020 that, in the interest of time, key witnesses would be prioritised. We now urge the Commission to use the fullest extent of its powers to compel the key witnesses and implicated parties to appear before it, as considered in August 2020.

In view of the limited time left for the Commission to fulfil its mandate, we continue in our efforts to support the Commission’s work to hold these powerful actors to account, without fear or favour, by sharing a ‘Key State Capture Witness List’ (find attached hereto) showing persons who can share vital information with the Commission according to its terms of reference. This list is not all encompassing but we firmly believe that these individuals and corporations will add great value to the Commission’s findings.

This list is informed by the ongoing, robust, evidence-based work of the Civil Society Working Group on State Capture and contains a wide range of actors including public officials, individuals and private corporations. It is clear that the state capture network was not just about the Gupta family and corrupt politicians and public servants. Large corporations, including private banks, consulting firms, legal firms and audit firms have played a role too.

The Civil Society Working Group on State Capture continues to support the work of the Commission and champions holding corrupt actors to account. Justice Zondo, we believe that calling these witnesses is essential to the success of the Commission in exposing state capture networks that continue to present a fundamental challenge to the wellbeing of South Africa and those who live in it.

Furthermore, given the looming deadlines for the Commission to wrap up its work, kindly indicate whether cases that have not been completed will be referred to other state anti-corruption agencies for investigation? If this is the intention of the Commission, who will be tasked with monitoring the investigation of these matters in future, and by when will these cases be referred and how will this information be made public?

In solidarity against state capture.

This letter is endorsed by the following CSWG organisations:

Council for the Advancement of the South African Constitution (CASAC)